ACTA discussion in The Slovenian Parliament

In the last couple of weeks I gave two interviews on ACTA, one for a local online magazine and the other one as part of my 90-minute interview for a local radio station, I took part in the roundtable discussion with some politicians and I spoke at the open discussion on ACTA at The National Assembly of Slovenia. 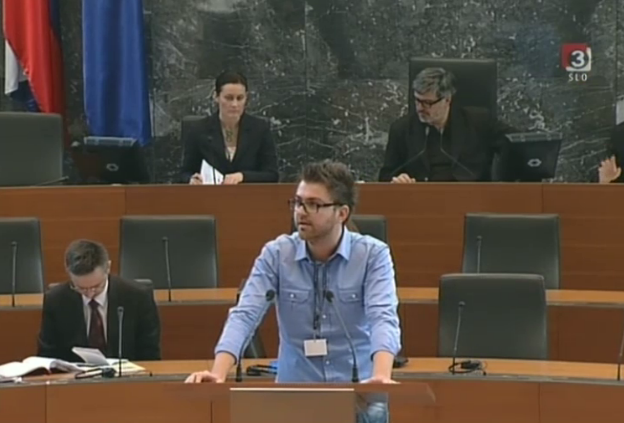 I can’t remember when was the last time I had privilege to speak publicly about certain topic in such a short period of time. This clearly shows two things:

The speech I gave in The Slovenian Parliament is available on the Etherpad (in Slovenian), and was mostly based on The Mozilla Manifesto. I focused on the two principles that we believe are critical for the Internet to continue to benefit the public good as well as commercial aspects of life:

ACTA failed at both of them.

I’m happy to report that half of Slovenian Members of the European Parliament and many Members of the National Assembly were present, but the only one out of 25 speakers speaking in favour of ACTA was the foreign representative of the EU Commision, Anders Jessen. Slovenian government informally decided to freeze ACTA ratification.