Some three months ago, a new guy named jotes showed up in #pontoon IRC channel. It quickly became obvious he’s running a local instance of Pontoon and is ready to start contributing code. Fast forward to the present, he is one of the core Pontoon contributors. In this short period of time, he implemented several important features, all in his free time:

Top contributors. He started by optimizing the Top contributors page. More specifically, he reduced the number of DB queries by some 99%. Next, he added filtering by time period and later on also by locale and project.

User permissions. Pontoon used to rely on the Mozillians API for giving permissions to localizers. It turned out we need a more detailed approach with team managers manually granting permission to their localizers. Guess who took care of it! 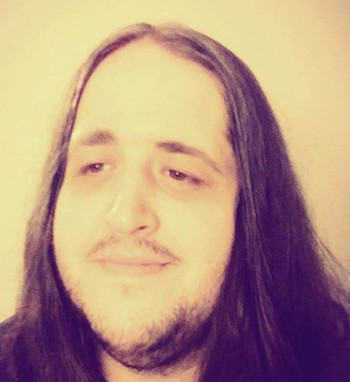 I have this strange ability to close my eyes when somebody tries to take a photo of me, so on most of them I look like a statue of melancholy.

What brought you to Mozilla?
A friend recommended me a documentary called Code Rush. Maybe it will sound stupid, but I was fascinated by the idea of a garage full of fellow hackers with power to change the world. During one of the sleepless nights I visited whatcanidoformozilla.org and after a few patches I knew Mozilla is my place. A place where I can learn something new with help of many amazing people.

Jarek Śmiejczak, thank you for being splendid! And as you said, huge thanks to Linda – love of your life – for her patience and for being an active supporter of the things you do.

To learn more about Jarek, follow his blog at var evil = true;.
To start hackin’ on Pontoon, get involved now.